A concise history of LifeChurch

Terry R Baughman, Lead Pastor
There are many influences and connections that contribute to the present posture of LifeChurch in Gilbert, Arizona. An essential element in the beginnings of LifeChurch stretches back to the ministry of Robert and Elaine Bibb. In 1979 the Bible Singing Bibb Family conducted an evangelistic meeting in Houston, Texas, at Gulfgate Pentecostal Church with Pastor Fred Olson. In that meeting, the Bibbs met a couple in ministry at the local church, Leroy and Georgia Hampton. This meeting and casual conversation would lead to the inspiration for the founding of LifeChurch in the East Valley of Phoenix, Arizona.

After six years in the evangelistic ministry of singing and preaching throughout the western United States and British Columbia, Robert J. Bibb accepted the pastorate of Calvary Apostolic Church in Phoenix, Arizona in 1981. It was a church in the area of north Phoenix known as Sunnyslope. They discontinued evangelistic travels and moved to Arizona to begin a new phase in their ministry. 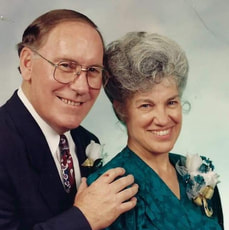 ​About three years later, Leroy and Georgia Hampton, in Houston, Texas, were seeking God’s direction and felt led to start a church in Arizona. When they arrived in Arizona there was one family they knew in the Valley of the Sun. They came to visit with the Bibbs at their home in Paradise Valley. In the course of conversation Leroy Hampton asked if there might be a city which was open for starting a new church in the area, and the tentative answer was, “Maybe Chandler?” This response started the chain of events that led the Hamptons to launch a new church, beginning in Chandler, Arizona. Thirty years later Georgia Hampton remarked about that visit with the Bibbs, “This church was actually born in their living room.”

The Hamptons left Houston behind and arrived on location, June 21, 1984. At the time Abundant Life Church (originally called Chandler Christian Center) was launched, the Town of Gilbert was little more than a few downtown shops and the water tower surrounded by agricultural land and dairy farms. Its population was estimated to be about 10,000 in 1985. While Chandler, the neighboring town to the west, boasted about 63,000 residents.

The fledgling church met in many temporary meeting places, from homes to shared church spaces, from a mechanic shop to a former Circle K store. They were finally able to purchase a church building in downtown Gilbert near the water tower. Eventually, as the town council developed plans for redevelopment of the downtown area, the Town of Gilbert exercised their right to acquire property and purchased the church with the stipulation that the congregation could remain rent free for two years before being required to vacate the property. Abundant Life Church began plans to relocate when Pastor Leroy Hampton suddenly died of a heart attack in 2001. 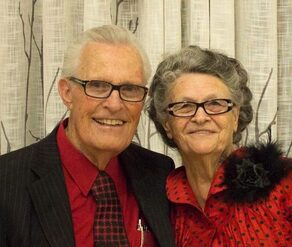 Robert and Elaine Bibb had retired from the pastorate of Calvary Apostolic Church (now the Pentecostals of Phoenix) in 1994 and were evangelizing. So, when Pastor Leroy Hampton passed away they offered to help Georgia Hampton and the congregation. They began volunteering their ministry at Abundant Life Church during the interim while the congregation grieved their losses and sought for a new pastor. After three months the church asked the Bibbs to remain as their  pastor, which they agreed to do temporarily. That temporary assignment turned into an eight-year pastorate.

After looking at many different (and expensive) options for the church’s relocation, in 2002 they were able to purchase 1¼ acre of rural property in Maricopa County on South Greenfield Road with a four bedroom ranch house and other buildings on it. At the time it seemed to be a long way from town, being halfway to Queen Creek from downtown Gilbert, a distance of sixteen miles. There was no evidence of construction on the south Loop 202, no SanTan Village development, no stores or even homes, other than a mile stretch of horse properties behind the present church location. There was the small crossroads community of Higley a mile away. Abundant Life Church began holding their services in the living room and den of the ranch house. These rooms were opened up for worship services while the bedrooms were used for Sunday School classes and an office.

Through the acquisition of this property, God directed the steps of Robert and Elaine Bibb to position the church in the center of one of the fastest growing areas in the country for more than two decades. In 1990, there were just 29,000 residents in the Town of Gilbert. By the turn of the millennium the population had swelled to 115,187. Gilbert counted 208,453 residents in the 2010 census and currently the number approaches a quarter of a million within the town limits. In 2014, Gilbert surpassed Glendale to become the Valley's fourth largest municipality.

Still dreaming of retirement, the Bibbs persistently encouraged their daughter and son-in-law, Terry and Gayla Baughman, to consider coming to Arizona to assume the pastorate of the church. Initially they did not consider it because of their teaching and administrative positions at Christian Life College, Stockton, CA, but eventually they began praying more seriously about the opportunity to return to Arizona. They previously spent five years in Peoria, Arizona (1989-1994), where they planted a new church, Worship & Word, the Northwest Church. 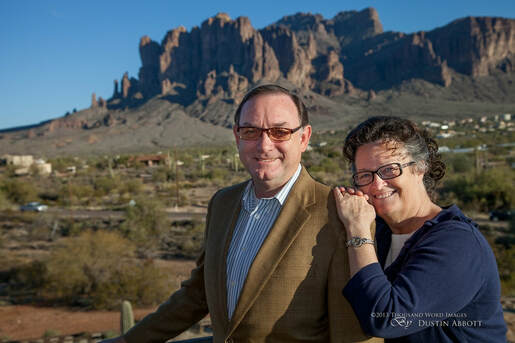 ​On a visit to Arizona in May of 2008, Terry and Gayla Baughman agreed to be considered for election as pastor by the Abundant Life Church congregation. The results were unanimously in agreement. The transitional plan was that Terry Baughman became the co-pastor for one year, commuting monthly from Stockton to Gilbert, while they concluded their obligations in California. After serving in the ministry at Christian Life College for fifteen years, Terry and Gayla Baughman both resigned their positions to move to Gilbert. Terry R Baughman assumed the role of Lead Pastor, and Gayla Baughman became Women’s Ministries Pastor for the congregation in June of 2009, twenty-five years after the church was founded. In this transition the church name was shortened and rebranded as simply: LifeChurch.

As the congregation outgrew the remodeled home church, more chairs were added to provide seating for 125. Special occasions still required more seating but there was no more space for them. For one year they held two back-to-back worship sessions on Sunday relieving the congestion. The student and children’s classes were moved to Wednesday night for that year. During this time they accelerated payments on the property mortgage and were able to pay off the loan in March of 2013. By the summer, they made arrangements with a nearby charter school to rent their auditorium for the Sunday worship service. A mobile setup and 200 chairs were purchased to be used for these Sunday worship celebration services. Because of the close proximity to LifeChurch all student classes were held at the church while the adults and preschool kids met at the charter school. At 11:00 everyone came together for a time of worship and preaching. 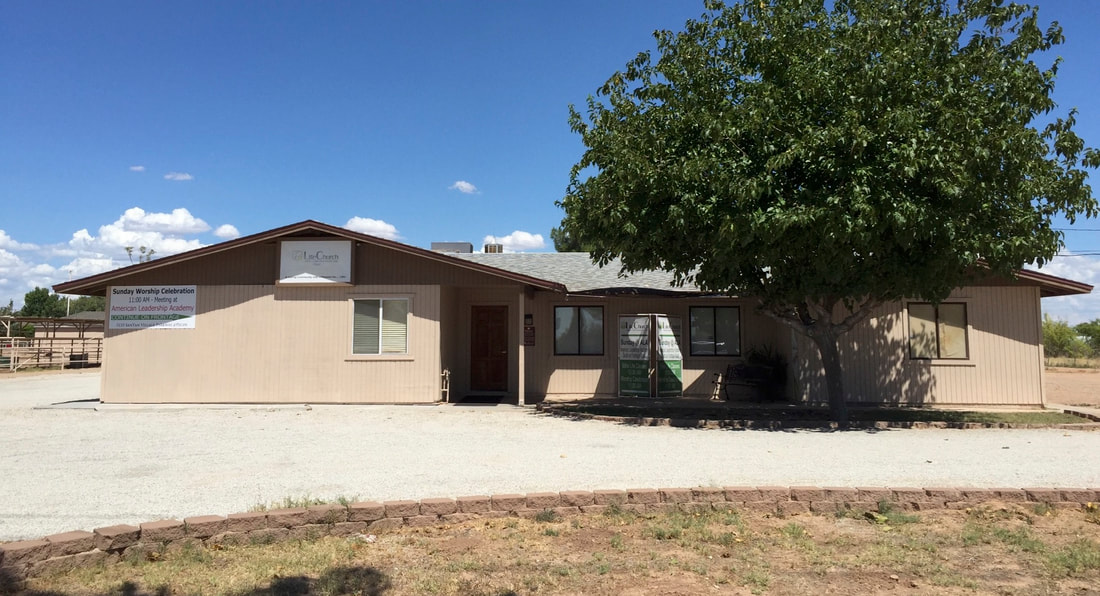 LifeChurch continued to save toward new construction but also considered the purchase of a different location to facilitate church growth. Various options were considered for a larger building on the existing property, but space was so limited an adequate worship center could not be constructed that would also allow sufficient space for parking.

Unexpectedly, in March of 2016 the property adjoining the church on the north was listed on the market. It was a one acre parcel with a modular home, small guest quarters, and horse corrals. LifeChurch quickly made an offer and competed with four other offers to obtain the property. Most of their construction savings went toward the purchase and additional loans were taken to secure the deal. The houses were rented out for two years while the property was being paid off and the church prepared for new construction on this expanded campus.

Since August 2013 the rented charter school served as the Worship Center on Sunday and the church campus became the Discipleship Center, a place for education, training, and the base camp of the new expansion construction. In January of 2018 Lead Pastor Terry R Baughman challenged the church to “Arise and Build” the long needed new Worship Center.

LifeChurch is anchored in a strategic location, just off the Loop 202 and near the popular San Tan Village development, a busy hub of retail shops, restaurants, banks, hotels, health services, and other business ventures. The faith community of LifeChurch is positioned for continual growth in reaching out to the East Valley of Phoenix and its 1.5 million residents. Currently there are over 4.7 million people in the Phoenix metro area making it the 11th largest metropolitan area in the country.

​There are no limits to the possibilities for growth and evangelism as we “Arise and Build.”​​ 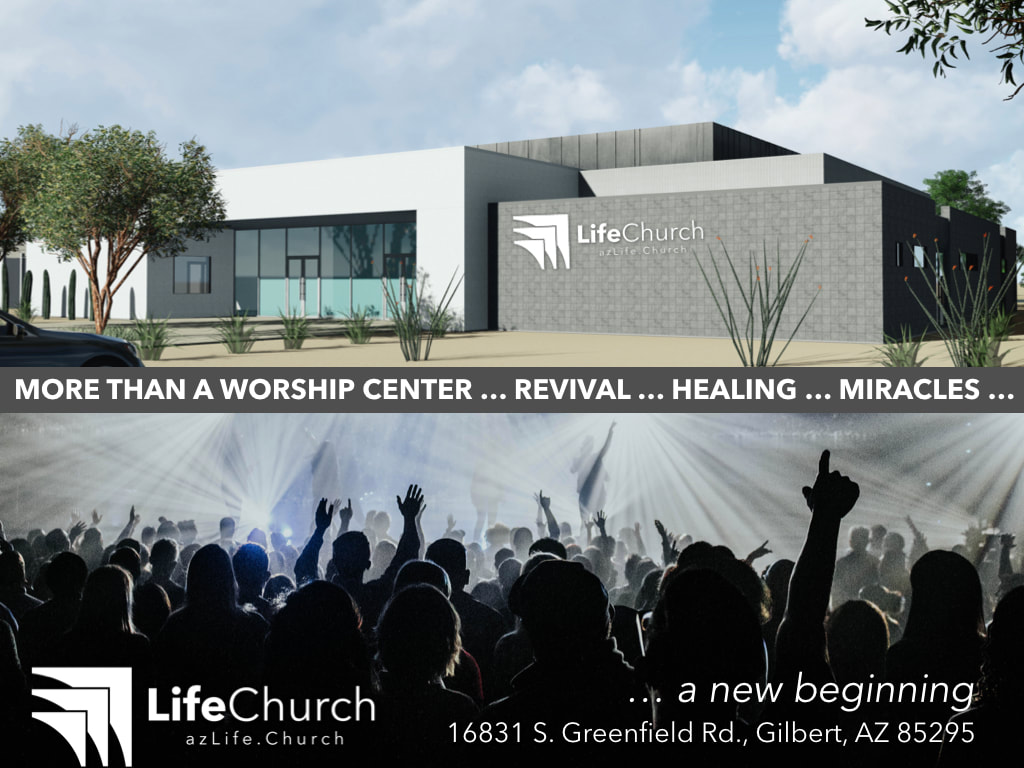